The lowdown:
- The shell appears to be a 1982 316. It has spent a large amount of its life in Northern Ireland, but largely seems to be a solid car.
- Someone, at some point, has dumped a 323i engine in it. It's bolted down, linked to the prop and turns over by hand, but isn't really plumbed in.
- It still has the 316i drum rear beam
- It needs a new front panel, rear valance and front left wing!

Hi Andrew, Looks like you have aquired my first 316 there! Was wandering if it would turn up on here one day...

It did have dodgy inner sills when I had it, so watch out for those! On the plus the absorbers were repaced with new Bilstein B4s shortly before it left me (2006 I think) and should still be good.

All the best with the resto.

Congrats on your project! One point of advice: go and check out the entire chassis for rust before investing any money, make sure you don't make a flying start and throw in lots of money only to find out it's not a viable project. Can't tell if it's good enough or not, but please check that out first. Good luck and have fun!

Front air dam may be original Motorsport, or?
Regards/groeten, Jeroen

Jeroen wrote:Congrats on your project! One point of advice: go and check out the entire chassis for rust before investing any money, make sure you don't make a flying start and throw in lots of money only to find out it's not a viable project.

Great coincidence to have a previous owner on the forum! I'm intrigued to find out more about the car's history! Any pictures or bits you can share?

It's on a Northern Irish plate.

Both my friend and I were very impressed with the underside of the car - it looks remarkably solid! Here's some pics...

(Yes, that's a hole in the floor behind the throttle pedal):

ok, it looks much better now !

good luck with the project, this pictures tell much more about the chassis shape.
Top

I saw this advertised for sale ,glad someones going to save it
E21 323i [kashmere] Off the road pending restoration
E21 3231[Graphite metalic] Restoration and conversion to M52
E36 318i Had it nearly 10 years work in progress
E36 328i Daily driver
E39 520i Family car school run workhorse
E36 328i Touring
Top

Good luck on the repairs! Lots of fun to drive an e21 and Kastanien is a great colour!
It's the man next door!

Link to the thread I started on the tricord forum:

Will try and dig a few more pics out
Top

A few more from the archives... 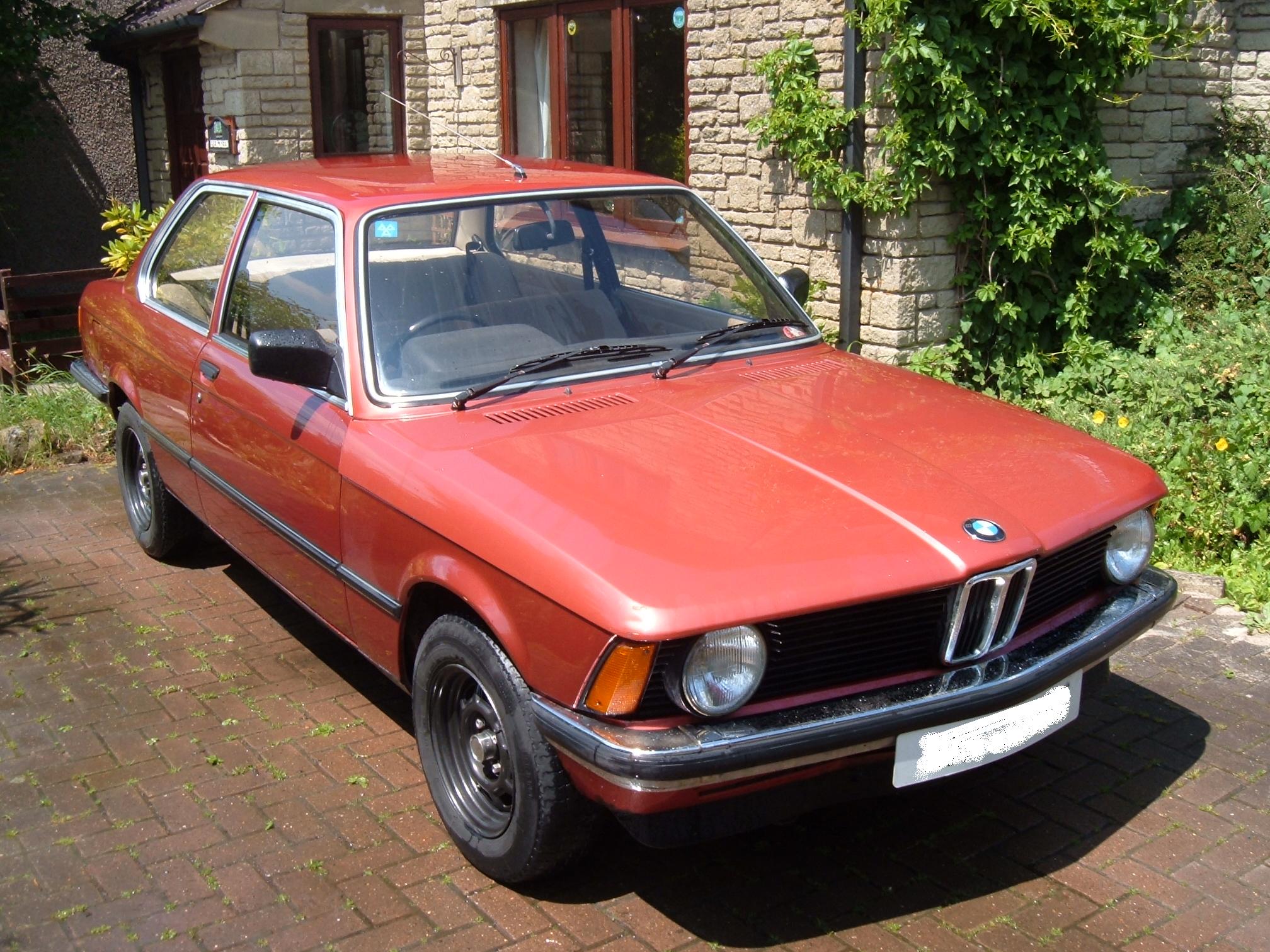 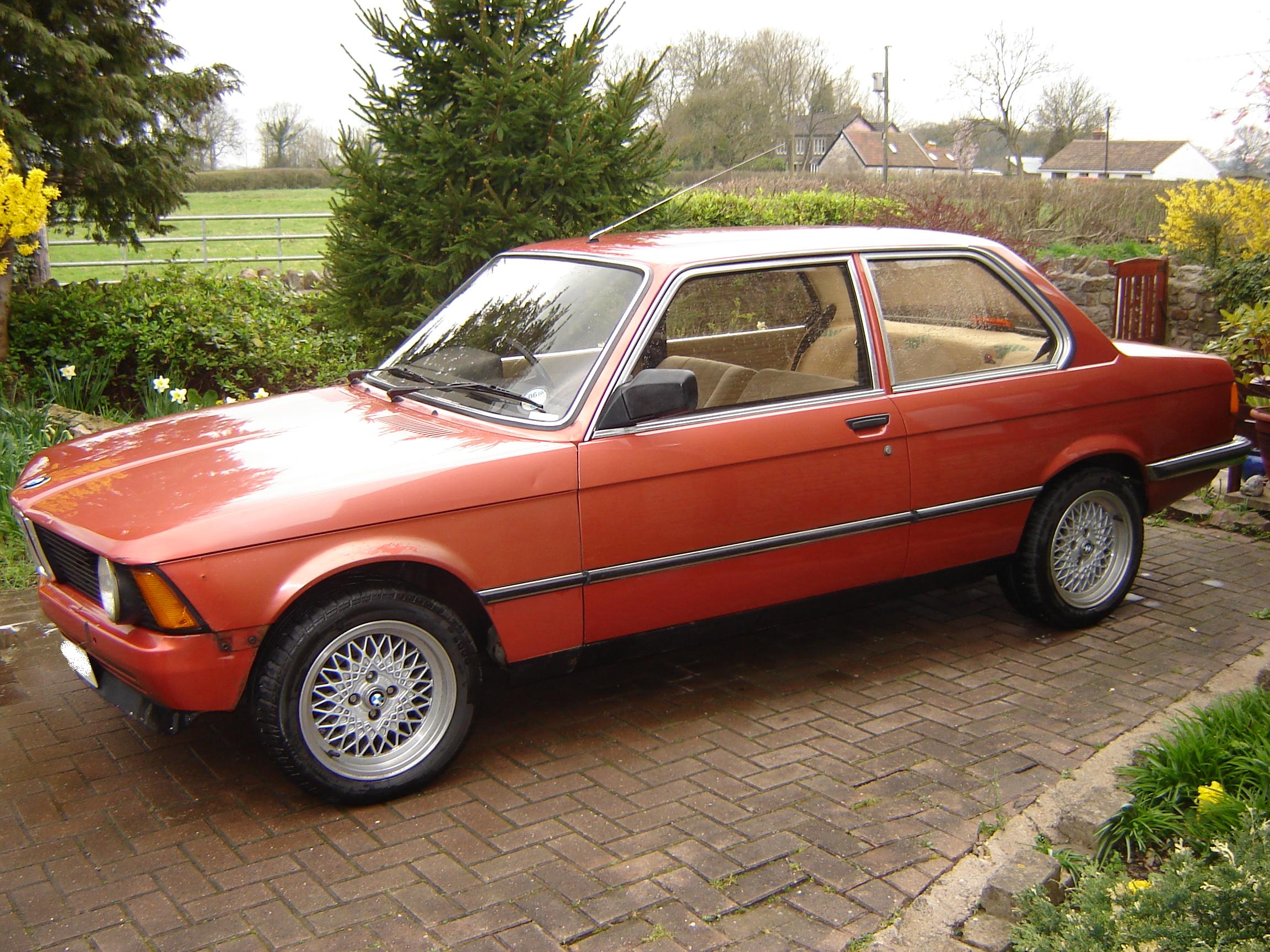 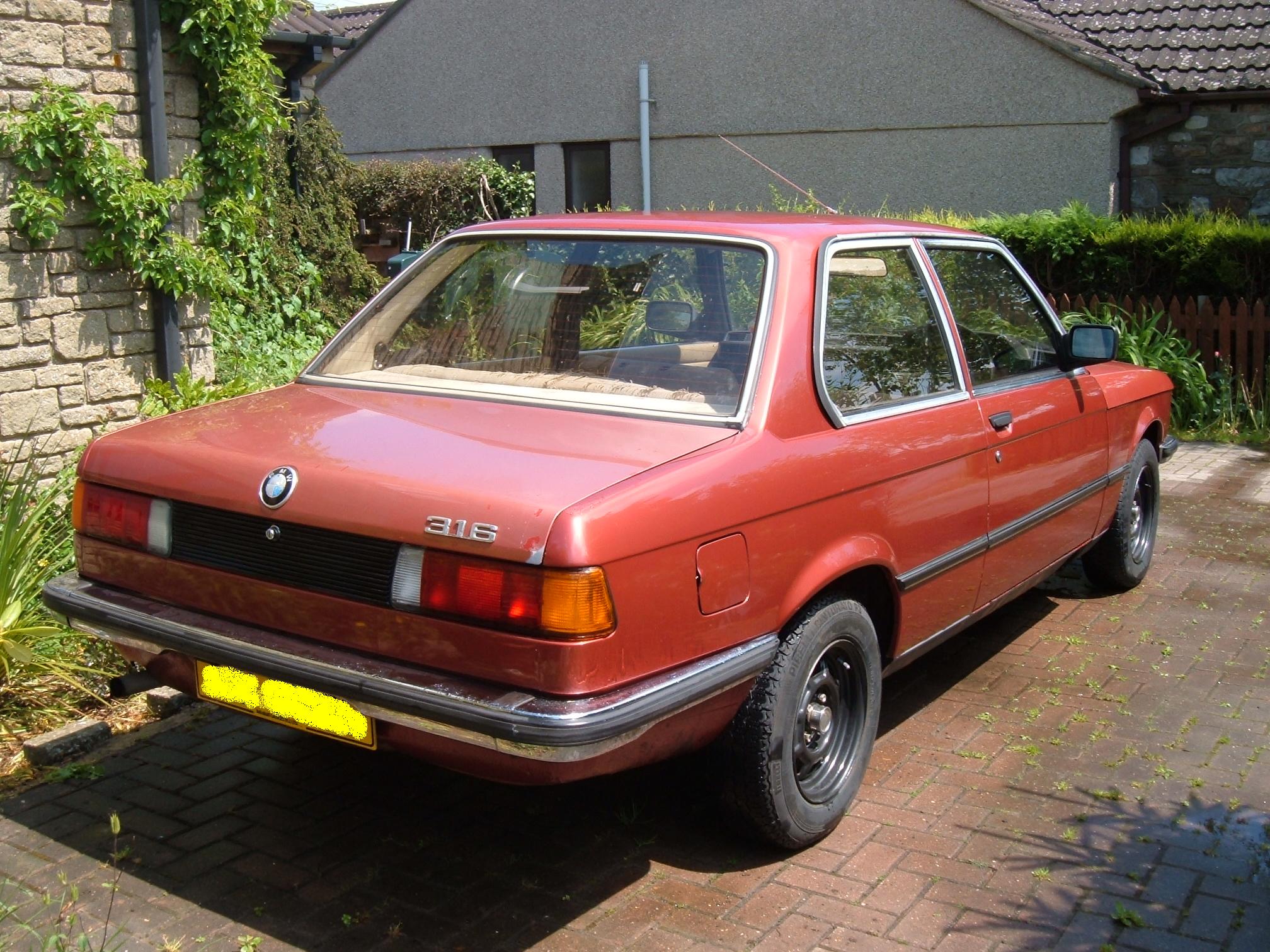 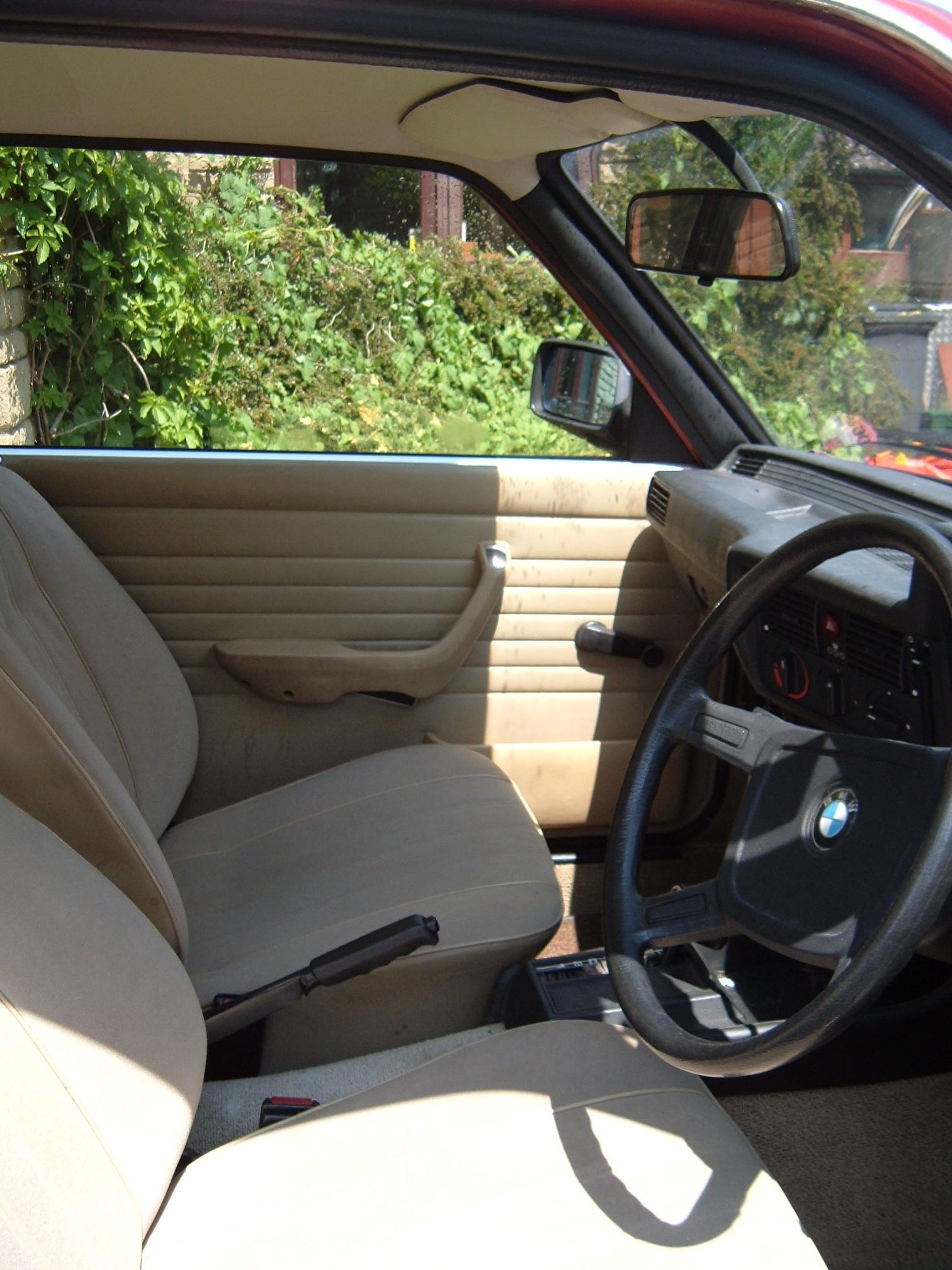 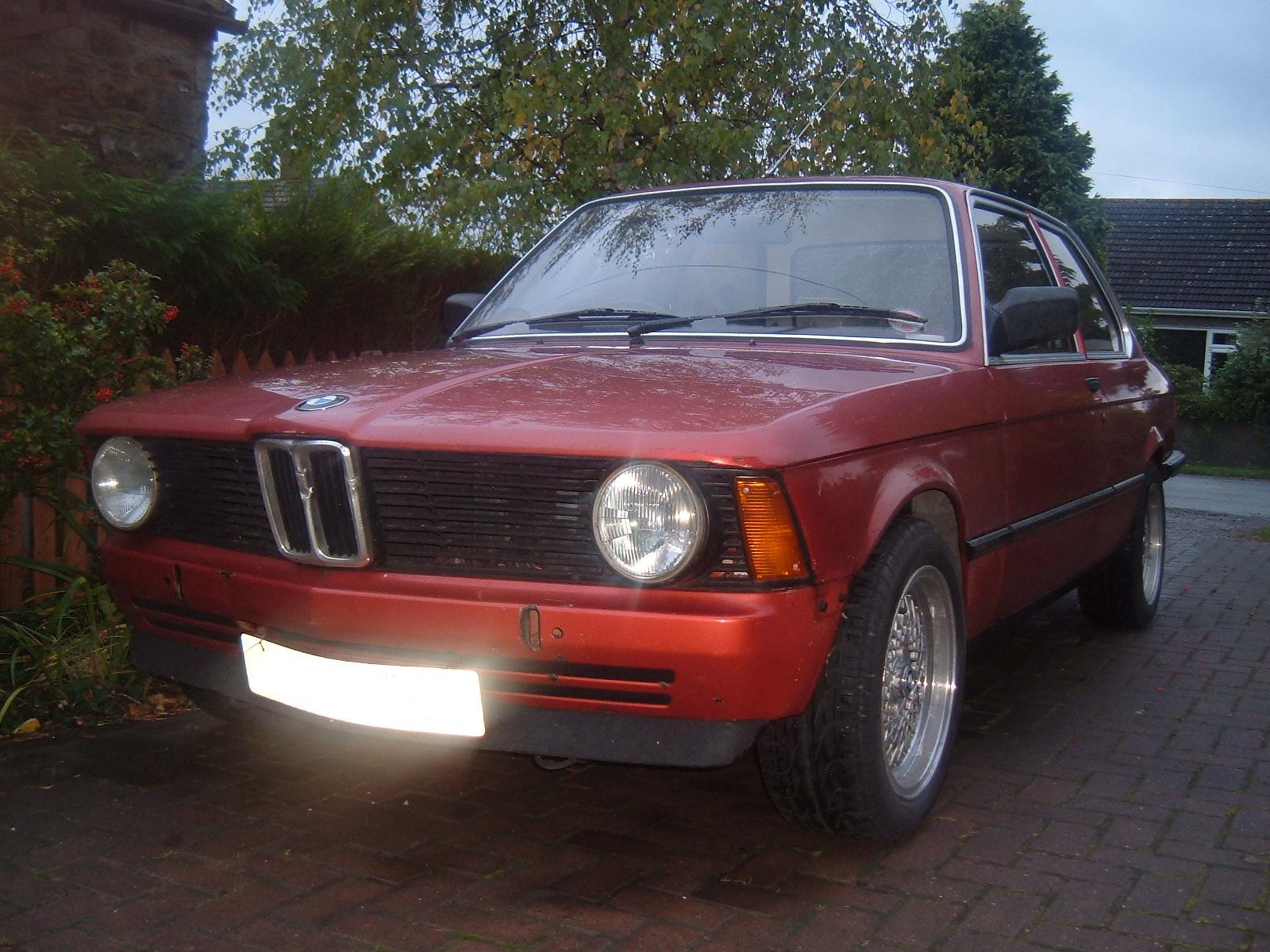 Wow. Time really hasn't been kind to her

Those pictures are fantastic though - around 2006?
Top

I dug this out last night. It's been sitting for over a year. I've got an M50B25 sat in the garage, so we're going to try and Frankenstein this together for as little money as possible! The car has a 4 speed box on the 323 engine at the moment, so i'm going to bolt that up and just run with it.

The good news is that she's no more rotten than when i bought her. The bad news is she's rotten in the floors, by the pedals.

The shocks on 4 cyl cars are smaller diameter than those on 6 cyl cars, but the struts that accept the bigger shocks fetch good money so it might be more cost effective to stick with the 4 cyl struts and just fit good shocks. A set of 4 cyl Bilsteins are going to be fine, and if you fitted an M52 with the alloy block, the front end weight is going to be closer to an iron block M10 than the 323i's iron block M20.
The rear disc set up is probably not cost effective either, the big rear drums on these cars work really well, and until you're really caning it on a track for long periods, i doubt you'll ever run into any issues what so ever.
Shame you didn't keep the air dam, i love mine!
Andy
Top

Took the engine out of this today, had it up on the 2 post ramp and it's just not worth saving. Not even for a fun Frankenstein MOT project. Sorry e21, it's time to say goodbye.
Top
Post Reply
18 posts