You have lost the right to take the piss out of my digital dash.

The original one was absolutely haggered yeah.
Top

Got a little video of the exhaust sound on the E21, it's not really the highest quality sound, but it's good enough.

No idea how you embed on here.
Top

Went out the other night for a drive, and noticed a couple of small issues:

The drivers rear coilover was "twanging" because the spring wasn't seated properly due to the height being adjusted with the preload of the spring. So I raised the rear of the car slightly, but it has removed the annoying spring twang which is more important to me.

At high revs, there was a rattling coming from the exhuast system, which after a closer inspection has turned out to be the exhaust centre section coming into contact with the propshaft. So I'll run it back up to Topgear and have a chat with them, see what they can do.

The handbrake is sticking on every now and again, I've not looked at this yet, but I plan to this weekend. Probably just something sticking a little bit.

In better news, I took it out to north Wales on Sunday, 120 miles, a lot of which was spent on country roads. The car was sublime, not a single issue and it kept up with the best of them. Nial and Adrian got some fantastic photos of the car over near a quarry, very impressed with them.

I've agreed a date with my dad to put the car into storage at his house over the winter months.

The car was detailed on Saturday before the meet on the Sunday. Prima Amigo applied via DA and finished with two layers of Zaino Z8: 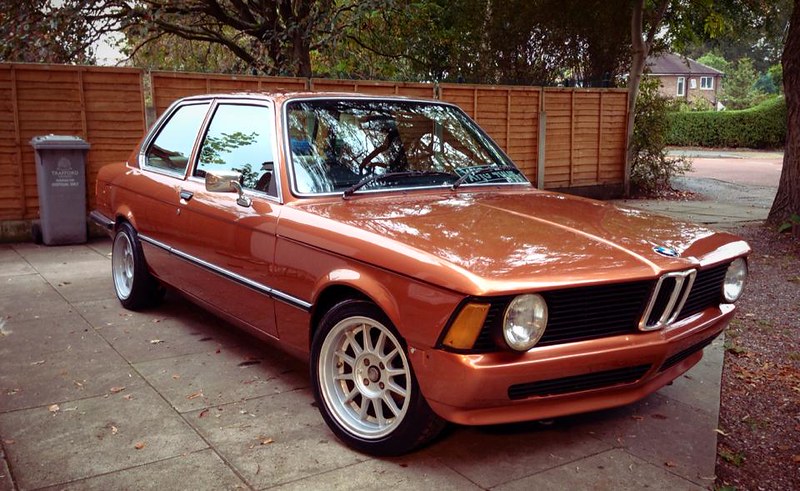 From up at the quarry:

It has been a long time since I've posted in here, but I thought I should update the thread.

I still have the car, it has been in storage at my dads for the last few months but it has now returned.

It now has a quick rack, which from the very brief drive I've had since fitting it, feels fantastic.

I have also fitted a Momo Prototipo, which also feels and looks great. 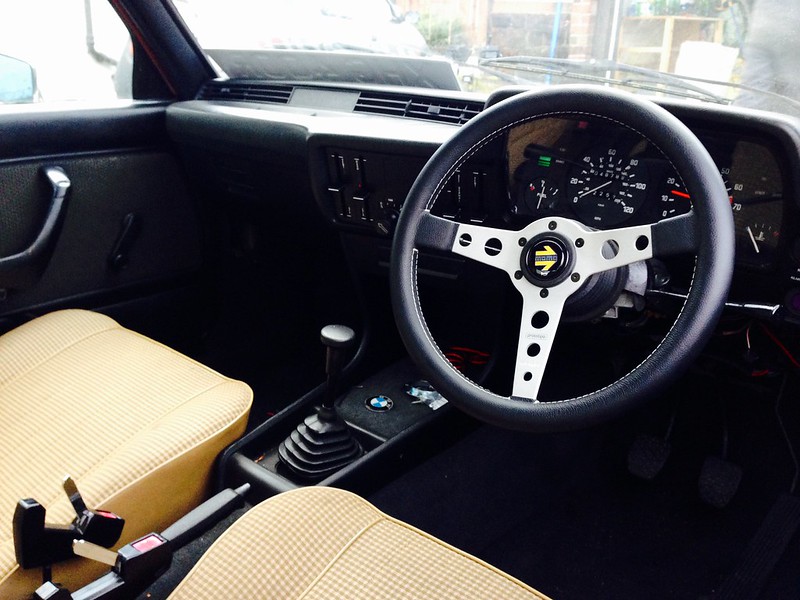 The car is looking well, before bringing it home from my dads: 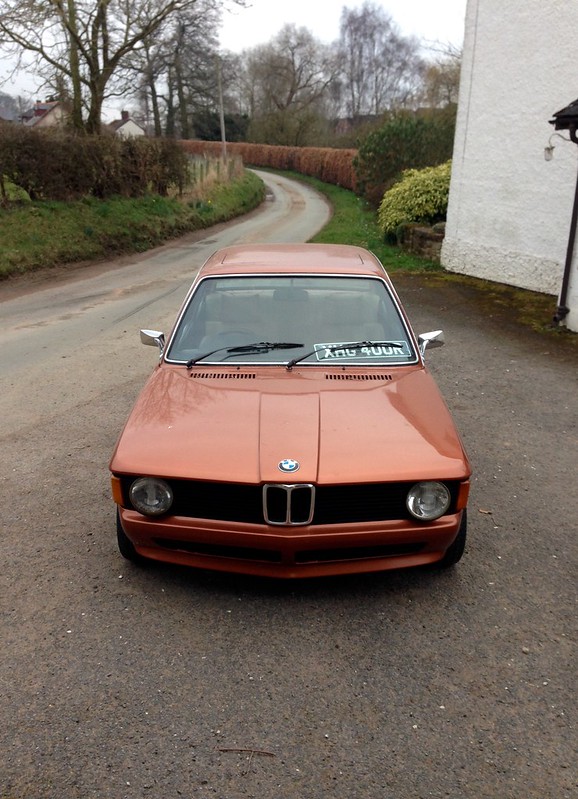 However it has failed its MOT on the following:

Rear brakes, essentially they're binding and the handbrake isn't up to scratch, which I found out tonight is due to a snapped cable, so I'll fit a new one this week. The shoes are all a bit gunked up, so I'll buy a new fitting kit, take it all apart and clean it and refit everything which will hopefully solve that. 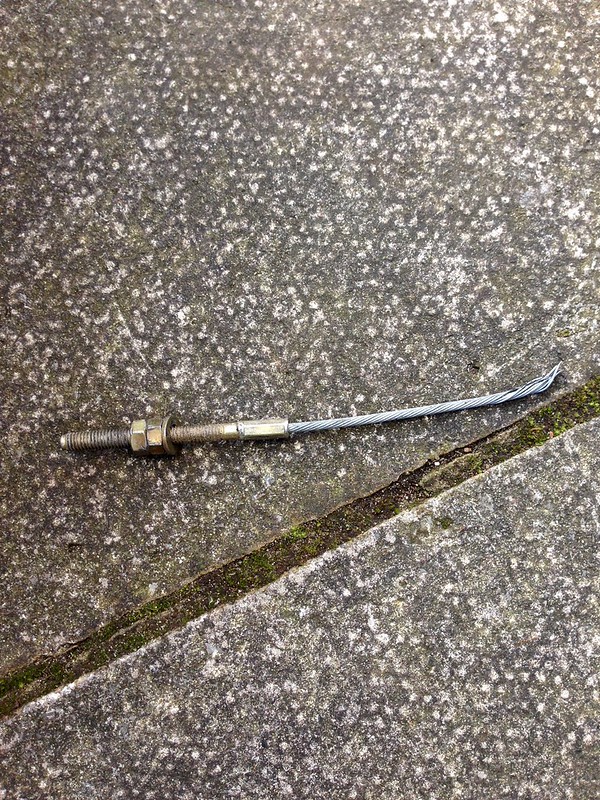 Headlights supposedly have some rust on the reflectors which has failed them, I had every intention of sorting them tonight, but it seems the glass lens doesn't "pop" off them like I thought it would? Anyone have any ideas? 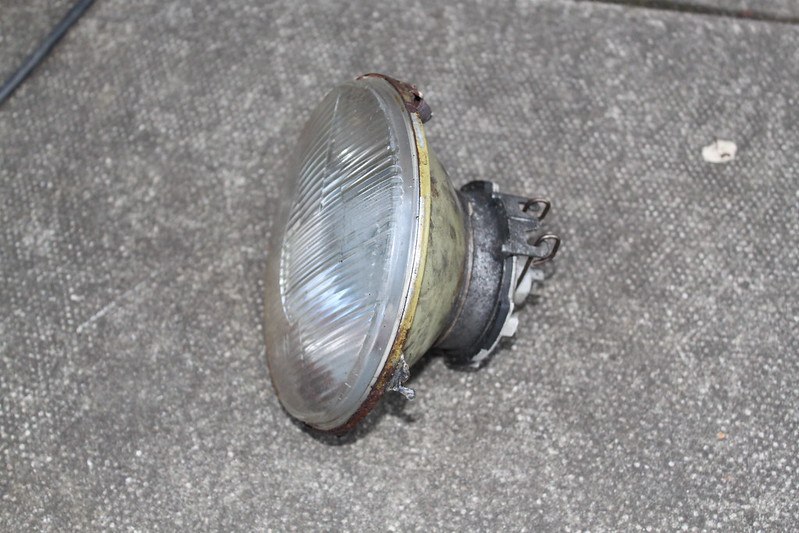 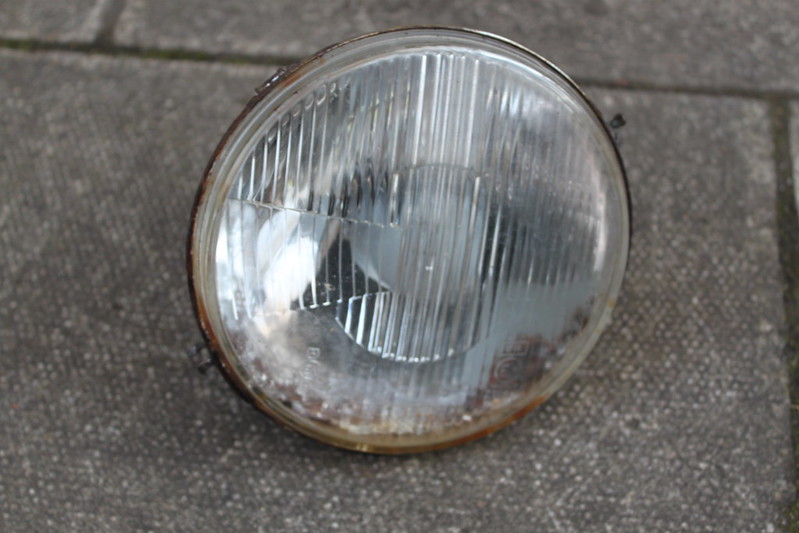 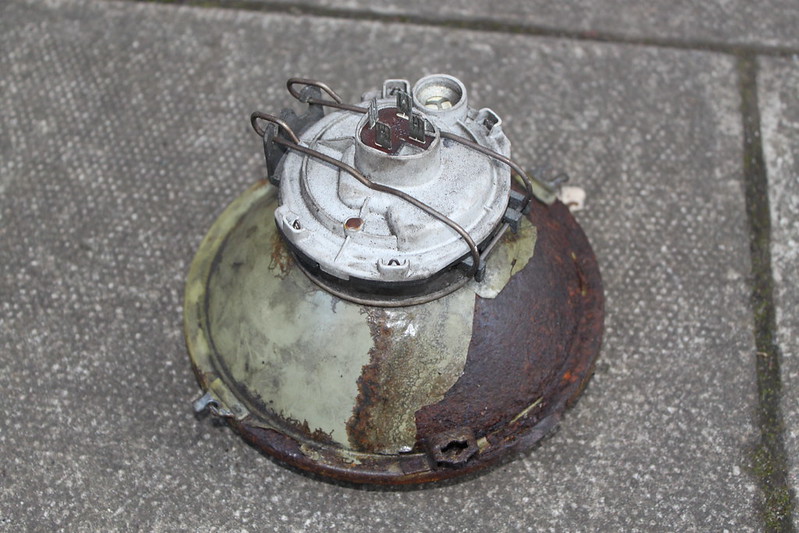 Finally it failed on too higher engine idle. It's idling at 1,200rpm, so certainly a little too high. However I can't bring it down at all, I can't find a vac leak, it doesn't appear to be the "blue plug" (which measures coolant temperature and adjusts the fueling to suit" so I'm at a bit of a loss with that one.

Anyway, I'm sure it'll get sorted soon enough, it's good to have it back on the drive

Brakes: shouldn't be too difficult indeed
Headlights: you are correct, you need to replace the entire insert, should be able to locate some decent used examples here on the forum though
Idle: no expert on that, sorry

Hope the MOT gets sorted soon so you'll be on time to enjoy a long summer!
Regards/groeten, Jeroen

You need to turn the idle screw or give it a nice spray with carb Cleaner
[img]http://s13.photobucket.com/albums/a285/nasbucket/forumsig.jpg[/img]
Top

Tried the idle screw, wasn't that.

I've gone round and tried to find a leak with carb cleaner and that didn't show up anything either.

It could be TPS or ICV, but it's all a bit of a pain to test.
Top

Started thinking about your idle.
TPS is a pita underneath the throttle body but if you remove the intake boot you can get to it easily for some measurements, if the TB is abjusted badly it will not enter idle position, and due to its location these switches fill up with grease and seize so a check is advised indeed.
ICV is easy to remove and check of the valve inside is still moving and responds when ignition is turned on.
Check intake boot thoroughly for leaks.
Check vacuum hose to fuel pressure regulator.
Did you check your exhaust gas readings, especially CO and Hc?
Throttle cable not adjusted too tight that it is still pulling at idle position?
Did you have this issue before winter as well? As of course you made some modifications to the vacuum hose layout...
Regards/groeten, Jeroen

Yeah I need to look at the TPS and FPR as I've not had a look at them.

I'm close to certain there are no vac leaks on the engine.

ICV was inspected when fitted and was working, so it shouldn't be that.

I've not checked exhaust gas readings as I don't have the equipment to do so.

It's not the throttle cable as I've taken it off and it still idles high without it.
Top

Can't do that until I have an MOT and Tax

So the M20 has developed a pretty major problem.

When trying to drive it, it kangaroos really hard, and when revving in neutral, it stutters and struggles to rev, sometimes not getting past 4,000rpm.

Issue could be fuelling, a bad sensor, or a few other possibilities, finding it might be harder though.

I can drive round with a working collection of sensors in the Baur if that would help. Schedule hectic but I'll see what I can do!
1983 316 Pustergrun - track sluG!
1982 Saphirblau Baur 325i