Impressed! Thanks for the extensive update, nice work!
Regards/groeten, Jeroen

So Im into May now, My paint guy came over to have a look and the car is booked in to be preped and painted in September so I had to get a move on!!
On to the other side of the boot floor, thought this would be a bit easier as I had done the other side but to be honest I struggled to get it fitting as nice as the other side, a bit of time and patience and I got it to an acceptable standard.
The process was pretty much the same mark and cut out the panel, repair the lower edge of the arch tub and weld in new panel. upon prepping everything I found the lower quater panel on this side also needed replaced so this slowed me down while I waited for it to arrive. Lesson learned here, dont assume panels are ok, thoroughly check everything before ordering! This will also save you on shipping costs.
When fitting both of the quater panels I found the best place to weld them was behind where the bumper will sit to reduce the chance of any big buckling from heat on the rear quater 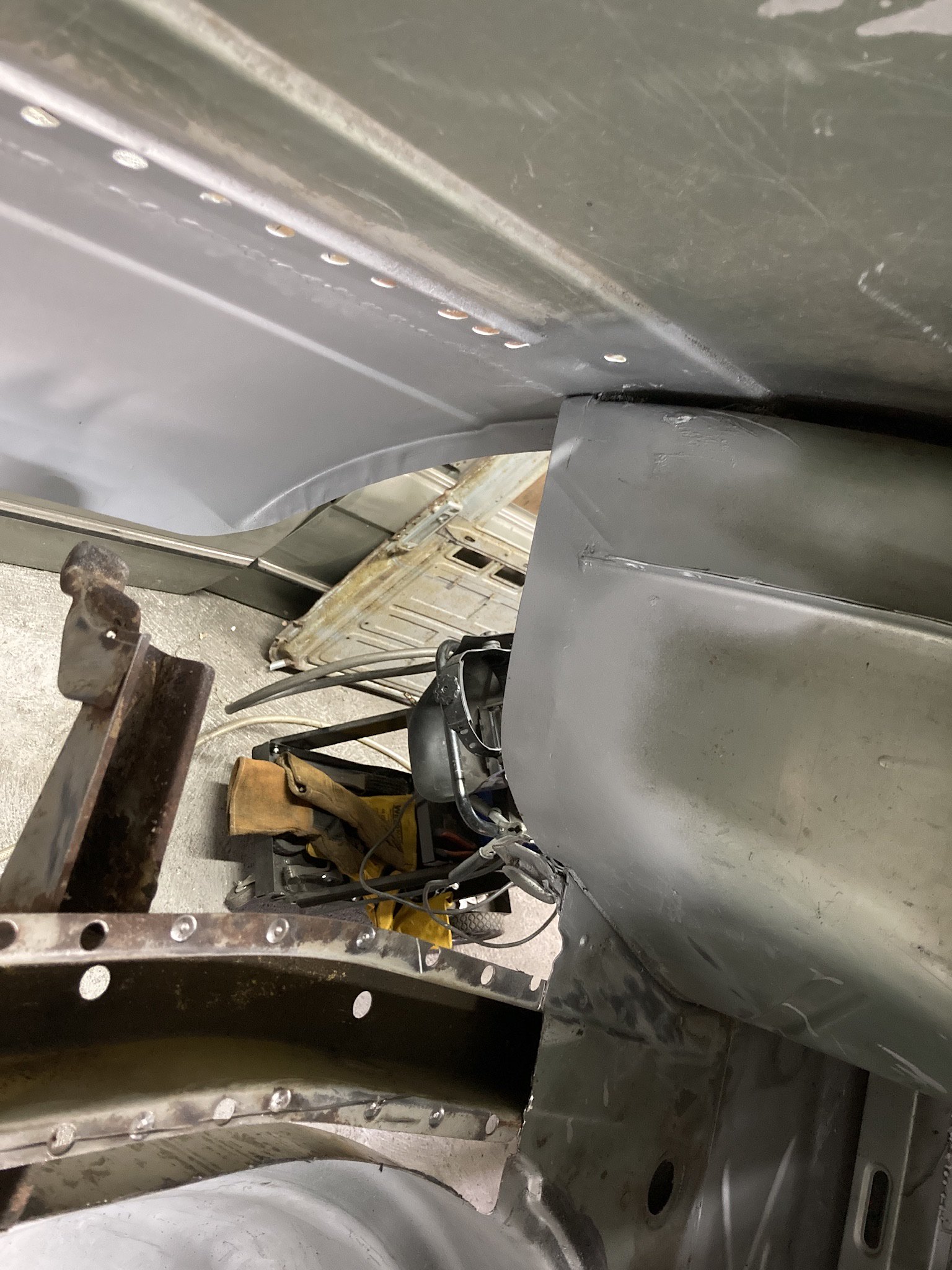 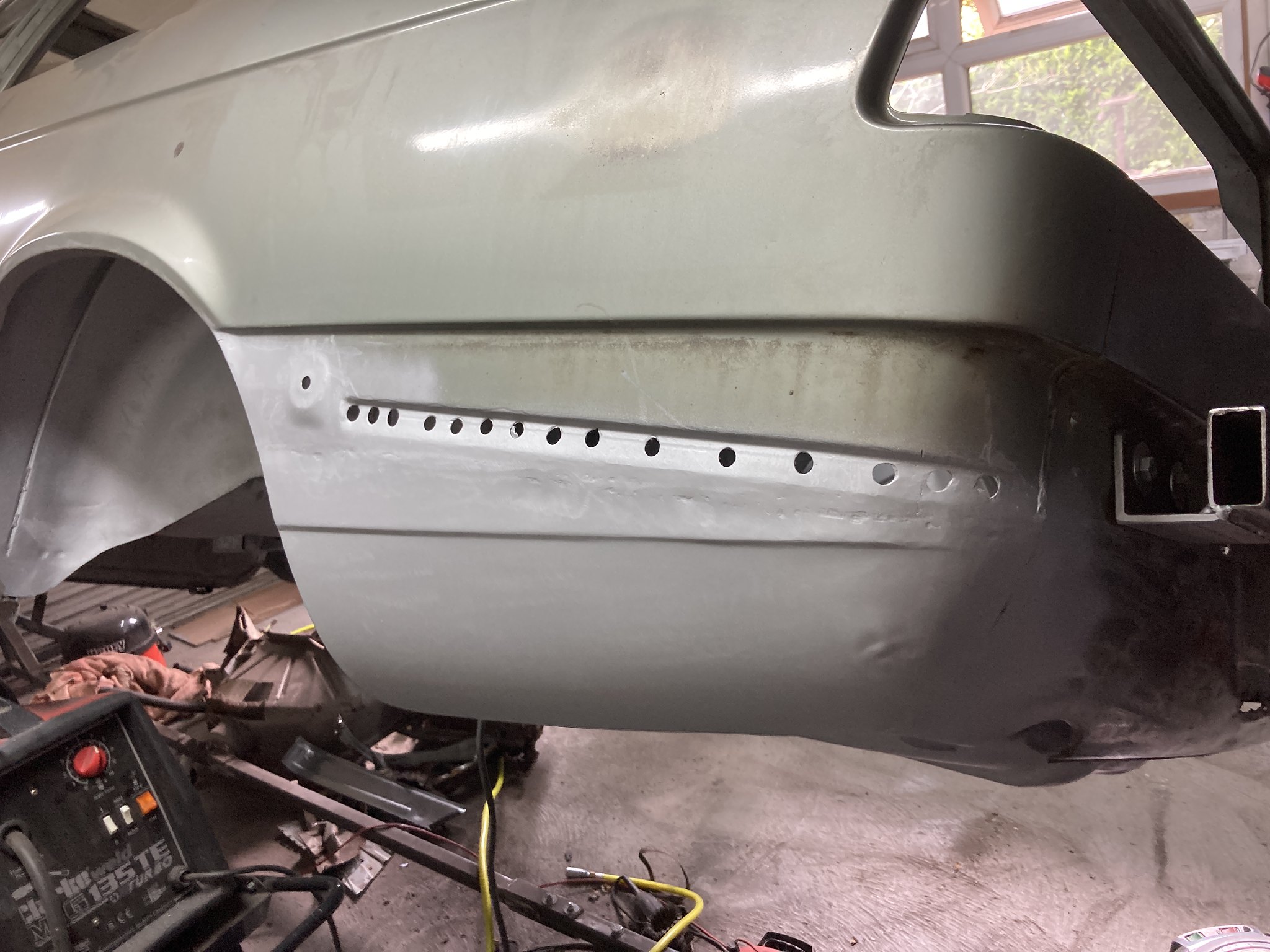 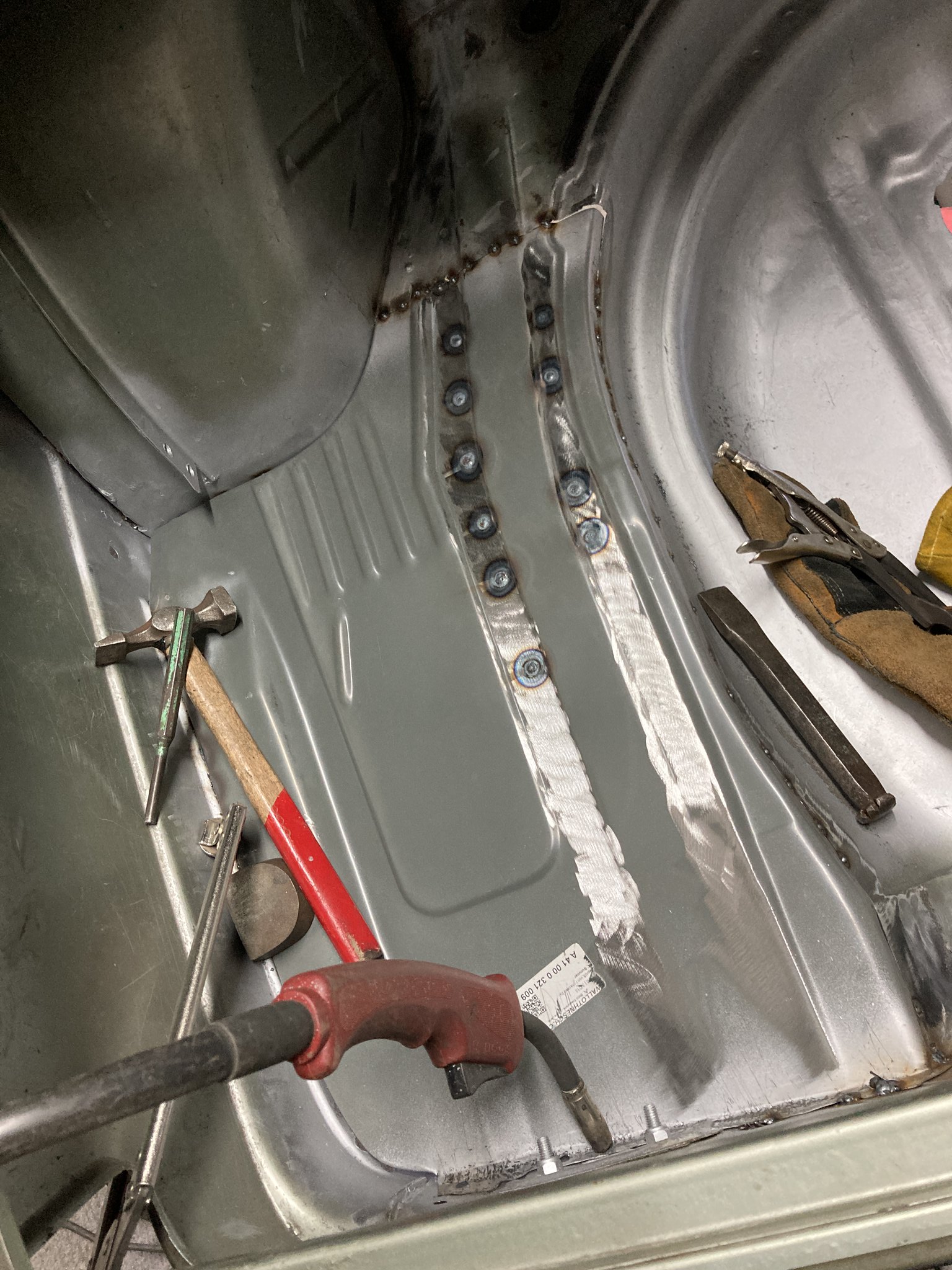 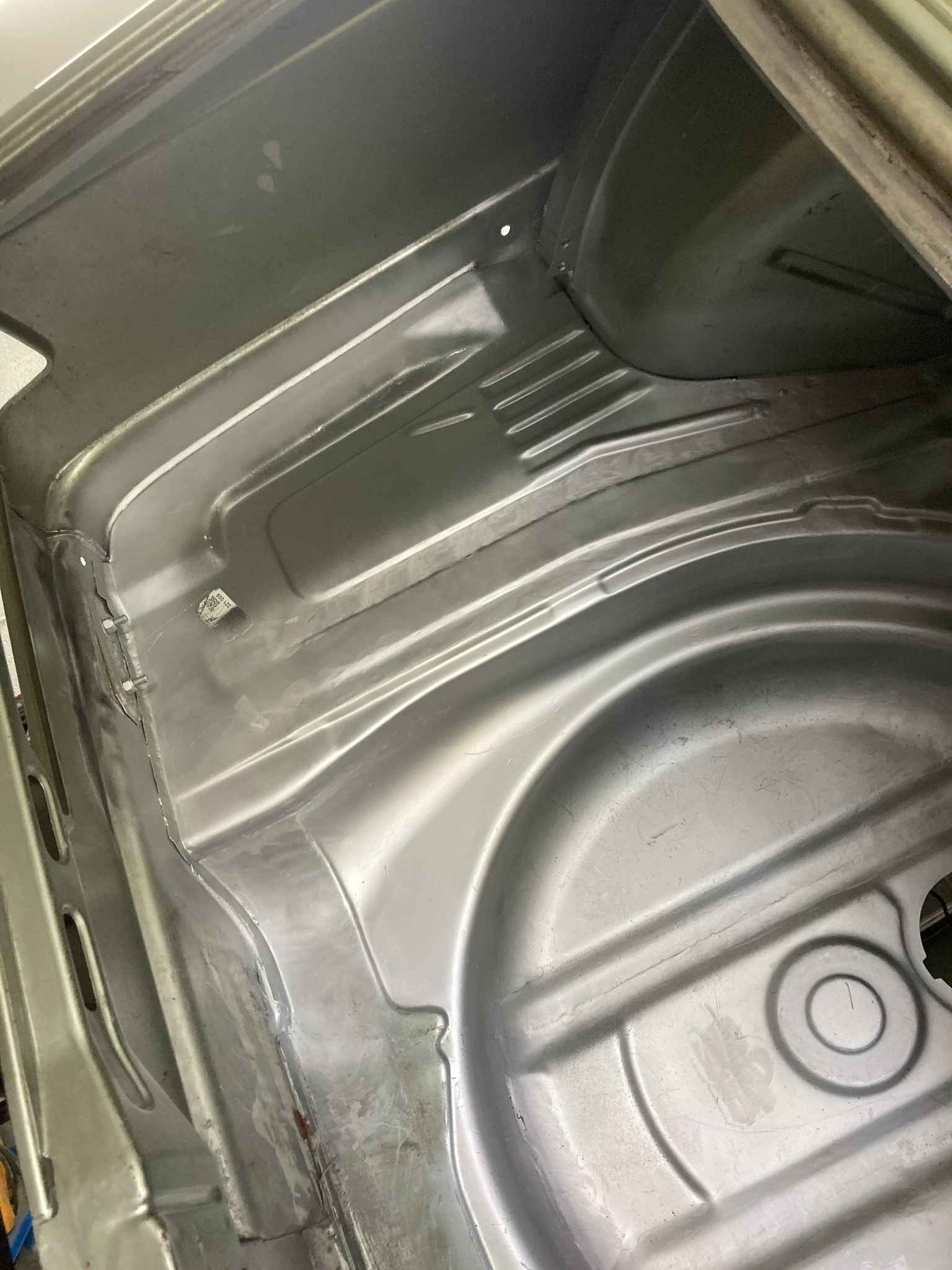 I had an old aerial hole and a hole from an old alarm system in the rear quater to weld up and a challenging repair around the rear light apeture.
I took insperation from an american guy "Bad Chad" on Youtube. He says that that if the repair piece has curves, steps etc to build it up in sections so thats what i did and it came out awsome
I started with the curve then added the return and then the upright piece 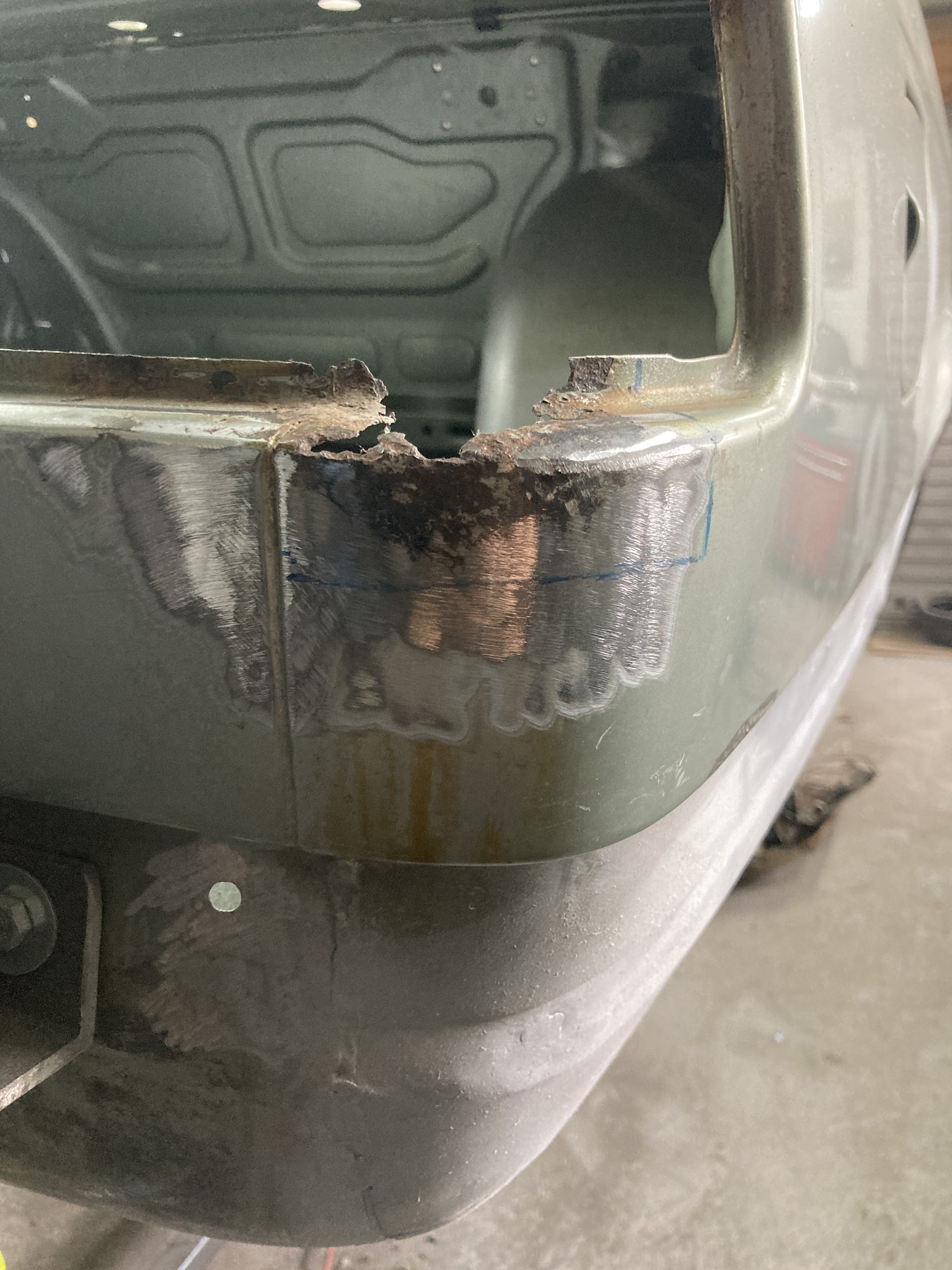 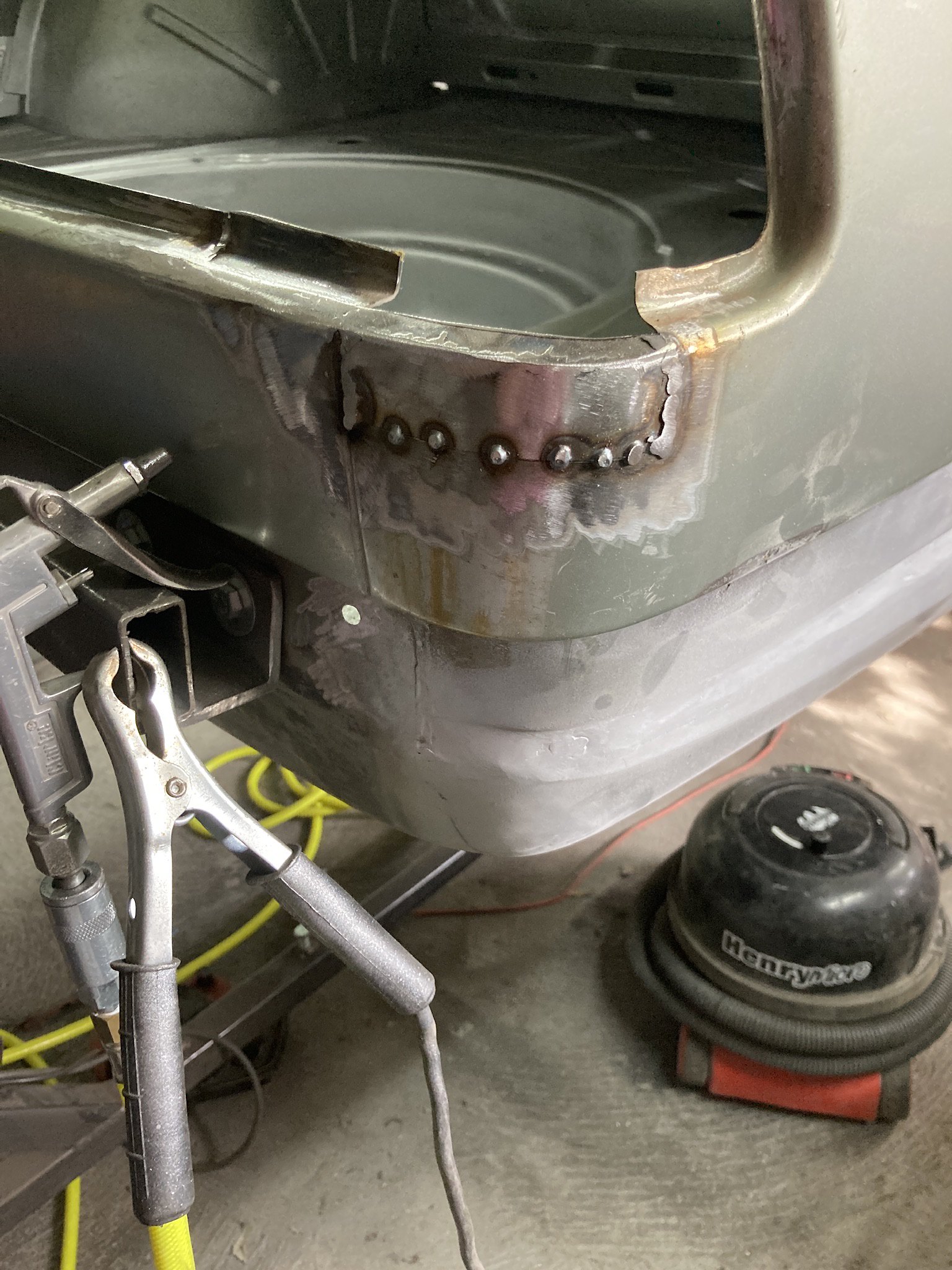 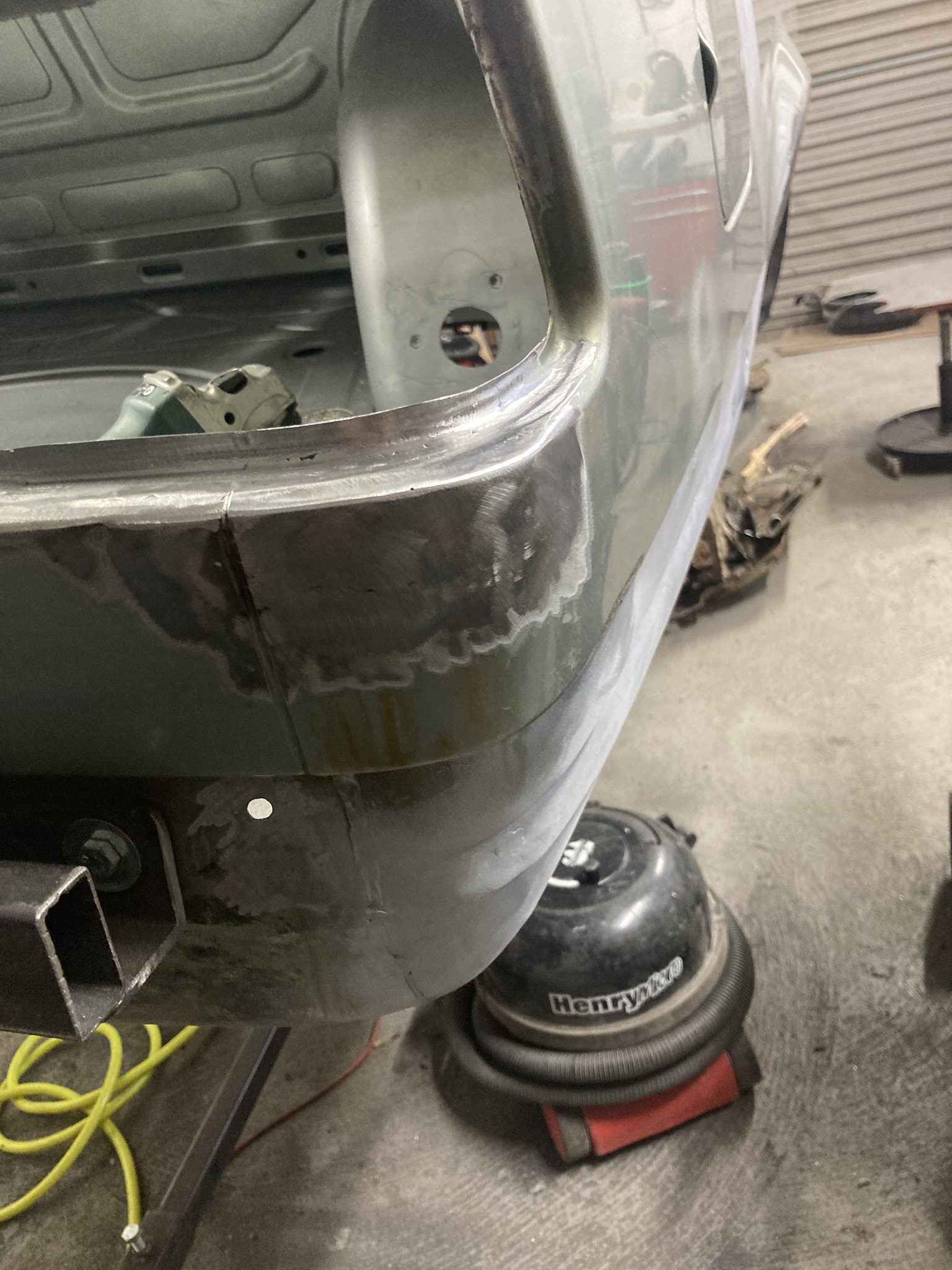 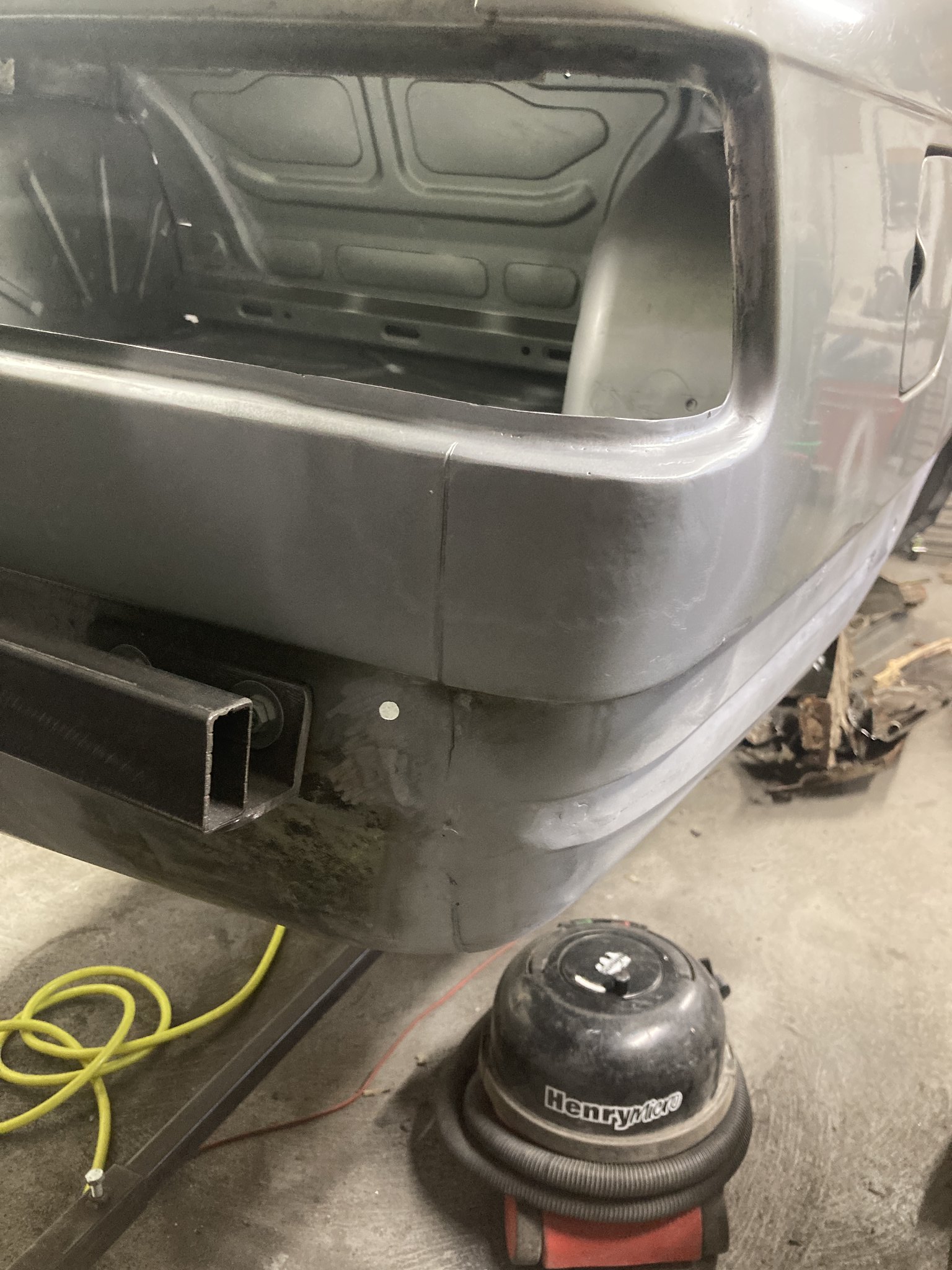 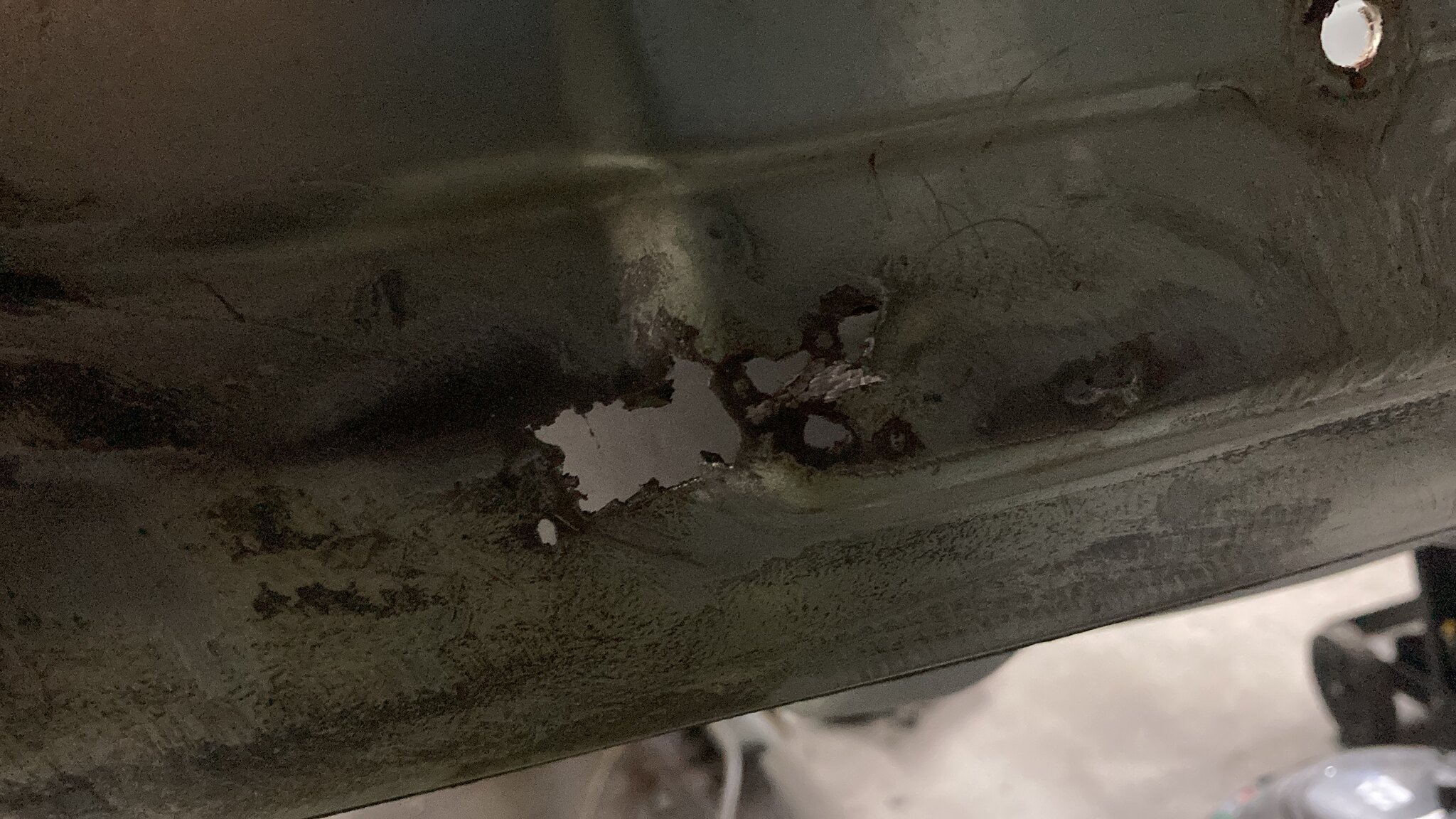 so after putting this offI finally fitted the sunroof cassette.
There was a bit of rust on the lip that gets bonded to the roof so I cut it out and managed to salvage some pieces from the original cassette

Bonding the cassette to the roof wasnt too bad. I carefully checked and measured and done a "dry fit" first. Once I was happy, out came the Tiger seal and I fitted the cassette using tubing, wood and whatever I could find to keep pressure on it while the adheasive set. Having the car on the jig made this a whole lot easier and would definatley recommend.
Once dry I welded the tabs at the sides and spot welds in the sunroof apeture.
I really hope I have this right as Im not going to know now until after paint when I fit the sunroof. 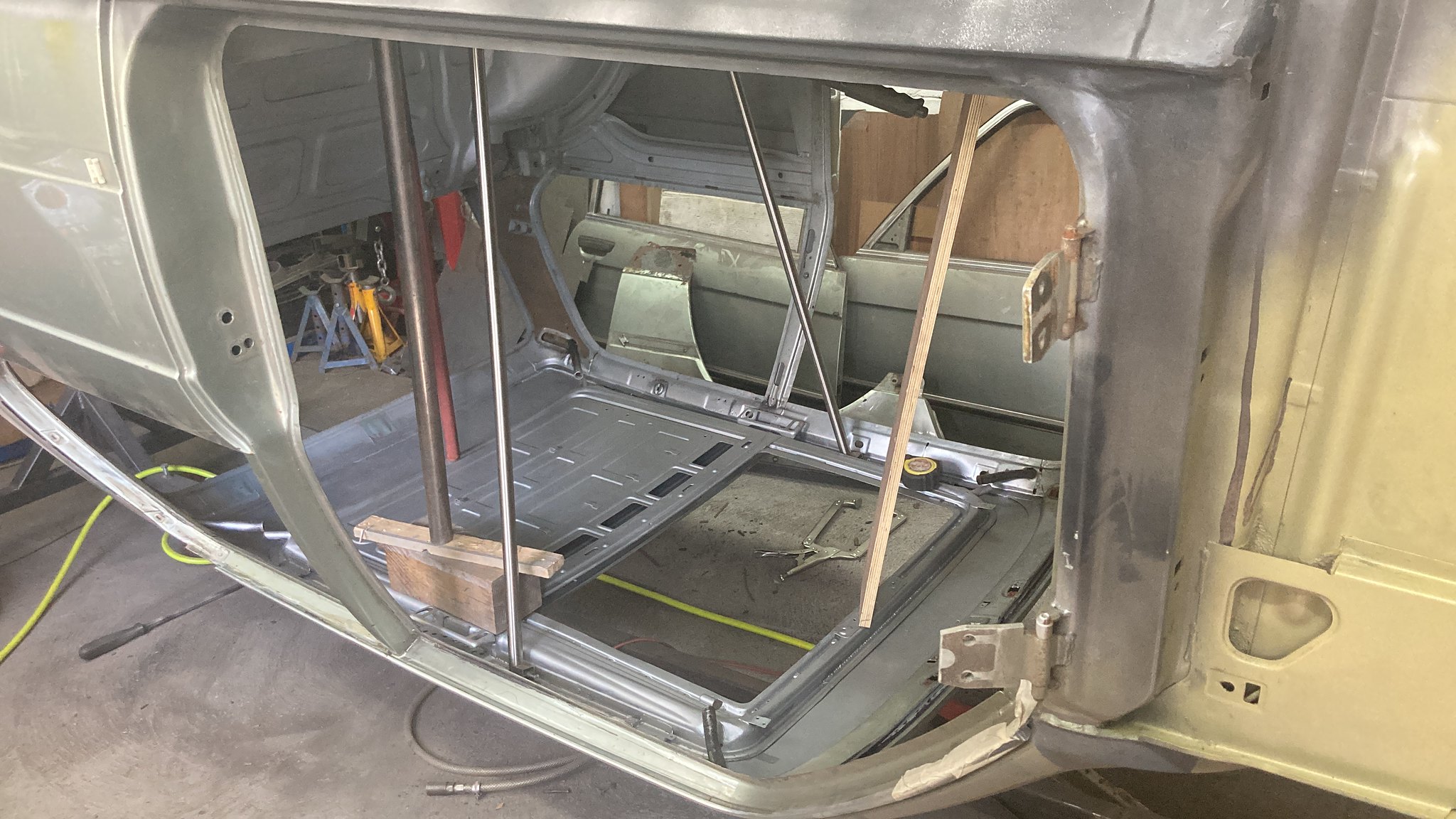 I was struggling for time as I was getting married in July and we were in full wedding planning mode!!
Never the less I managed to get a bit of time and cleaned up the underside and treated any surface rust that I hadnt already treated.
A quick going over with panel wipe and then a couple of coats of primer 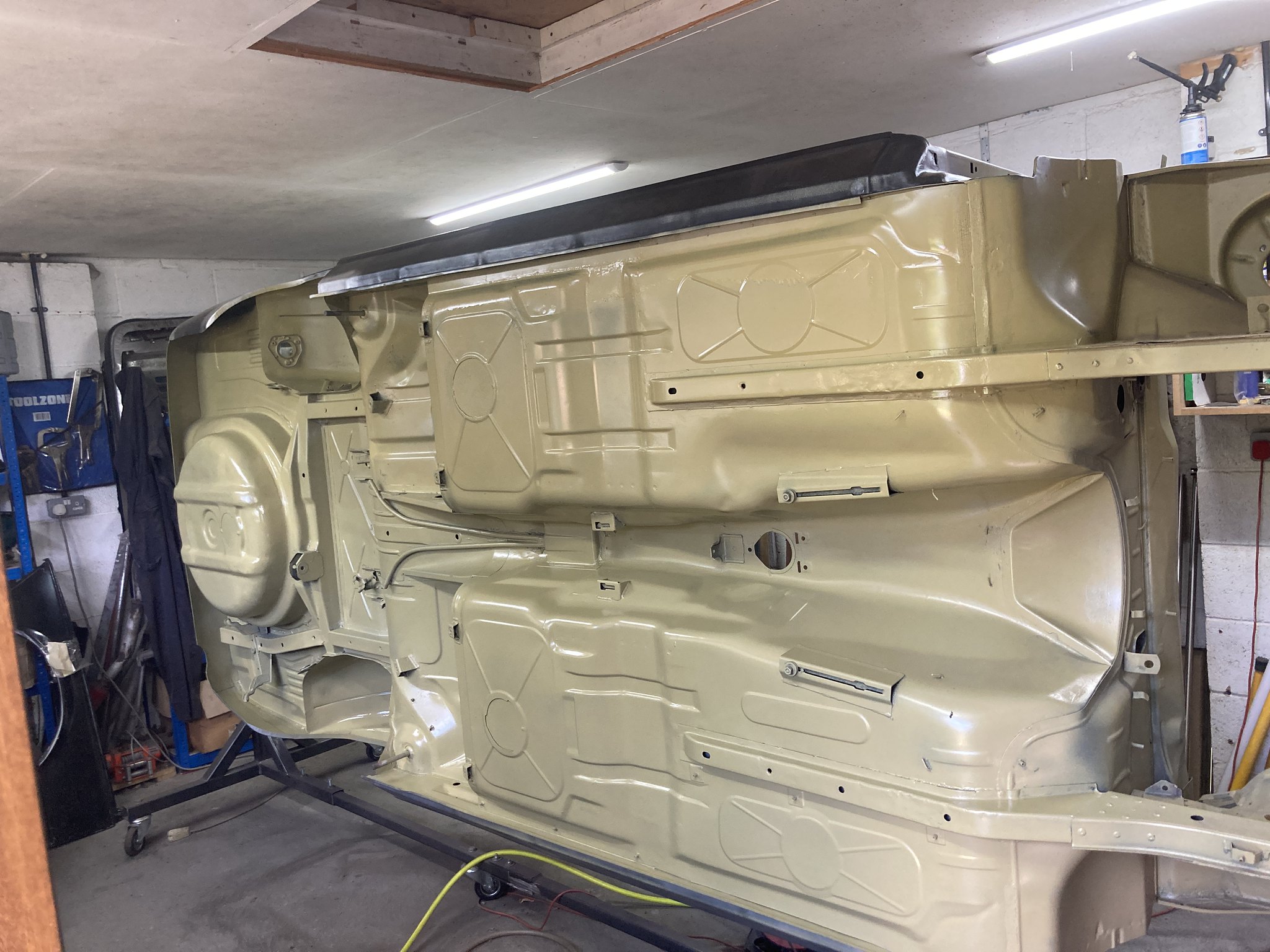 I left it to dry for a couple of days and then started on the seam sealer which I found to be quite a messy job. I used 3m seal sealer and the 3m seam sealer brushes to get as close as I could to the factory look.
The car was really coming on now and was a great sense of achievment to start making it look pretty rather attacking it with a cutting disk!! 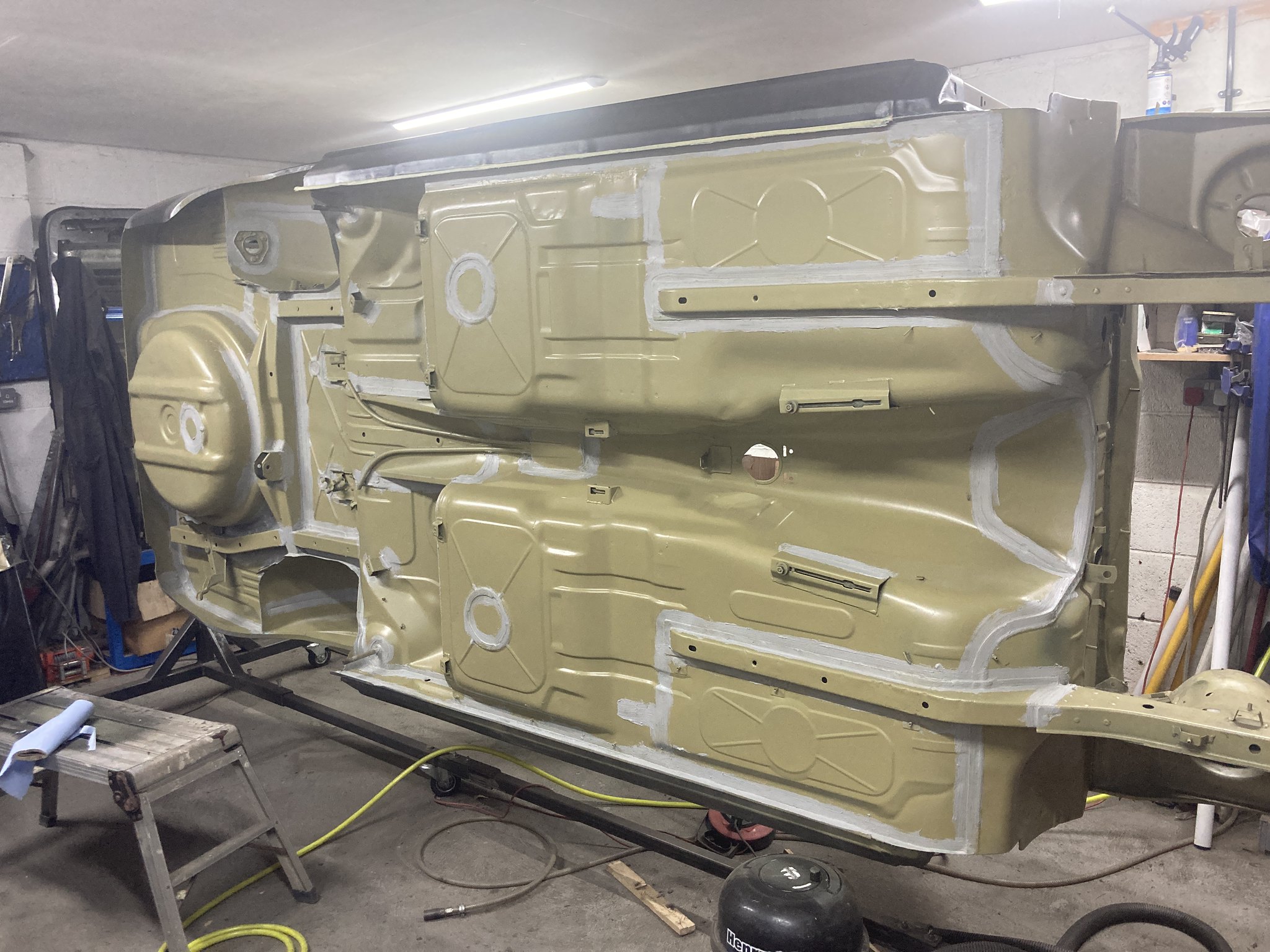 This takes me to the start of July, the wedding was getting close but I had a spare morning so I dragged out the subframes.
A lot of degreasing and cleaning, a blast with the twisted knot wheel and prime and paint. I went for gloss black Hammerite applied with a brush. They looked clean and shiny but the brush marks in the paint looked f##king awful, They will get re painted at a later date.
Also sold the 2.0L 6 cylinder engine I had re built. Shame as I nevet got to here it run but hey plans change!! It was good expeirience and I enjoyed it! 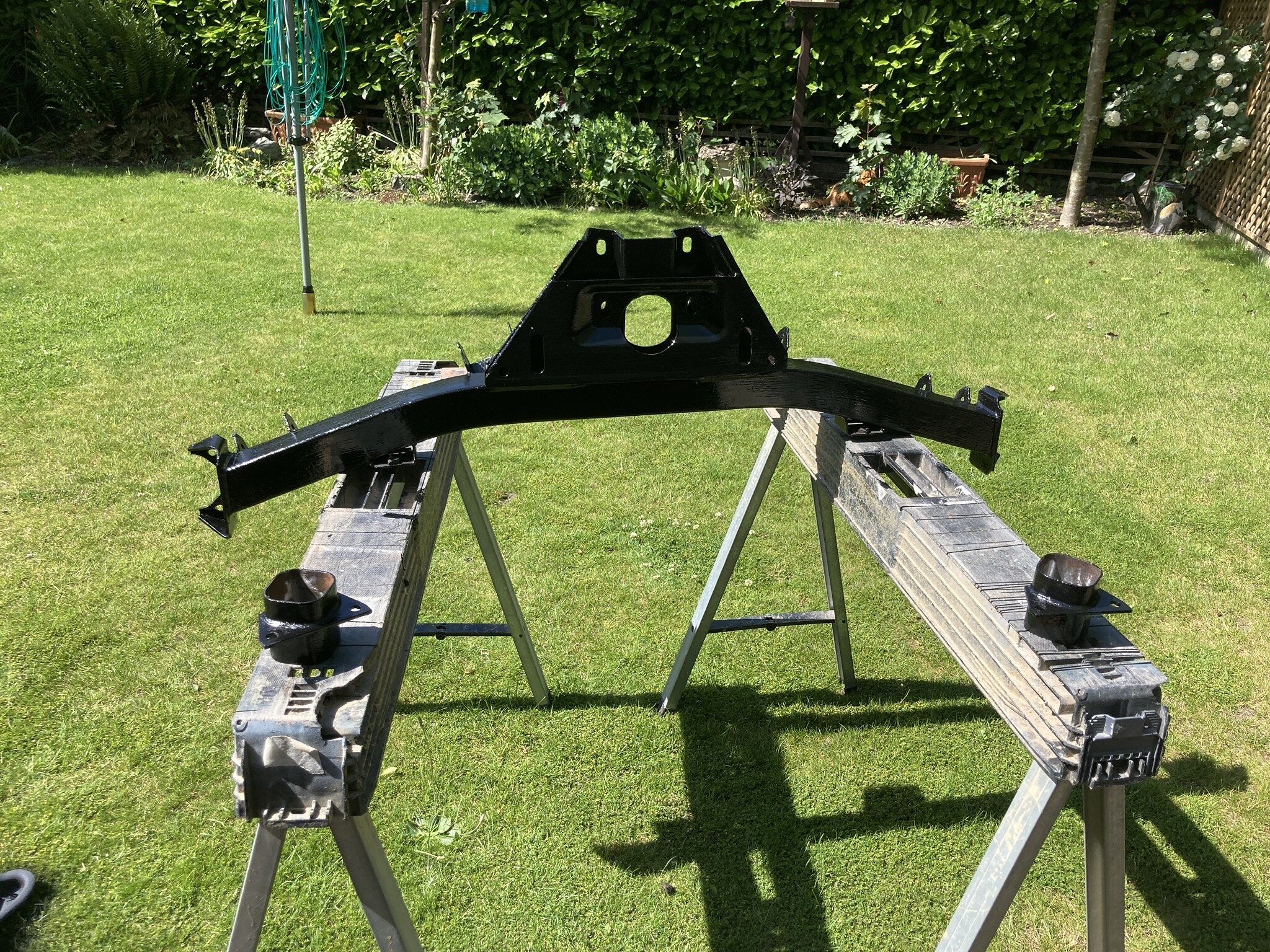 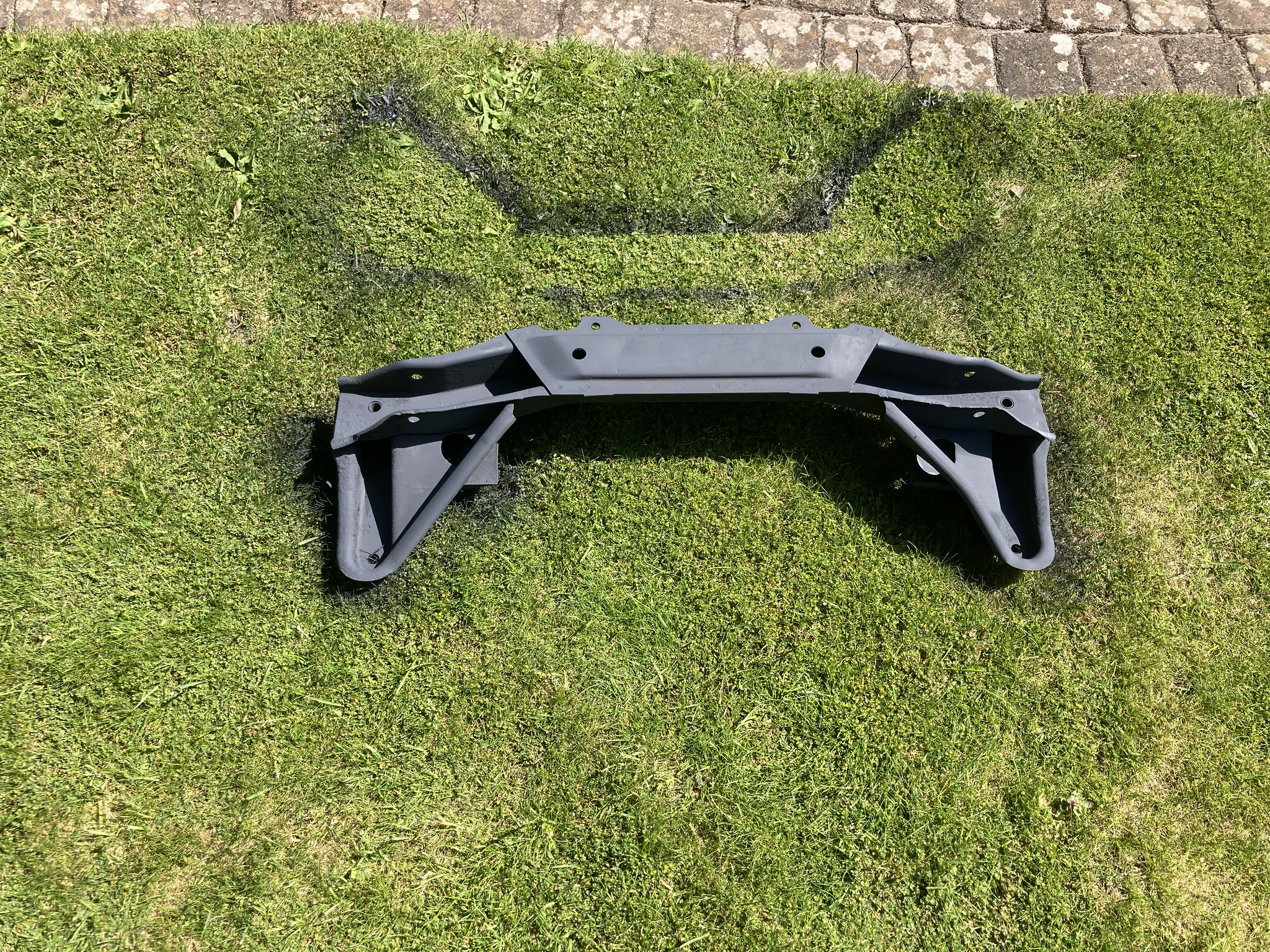 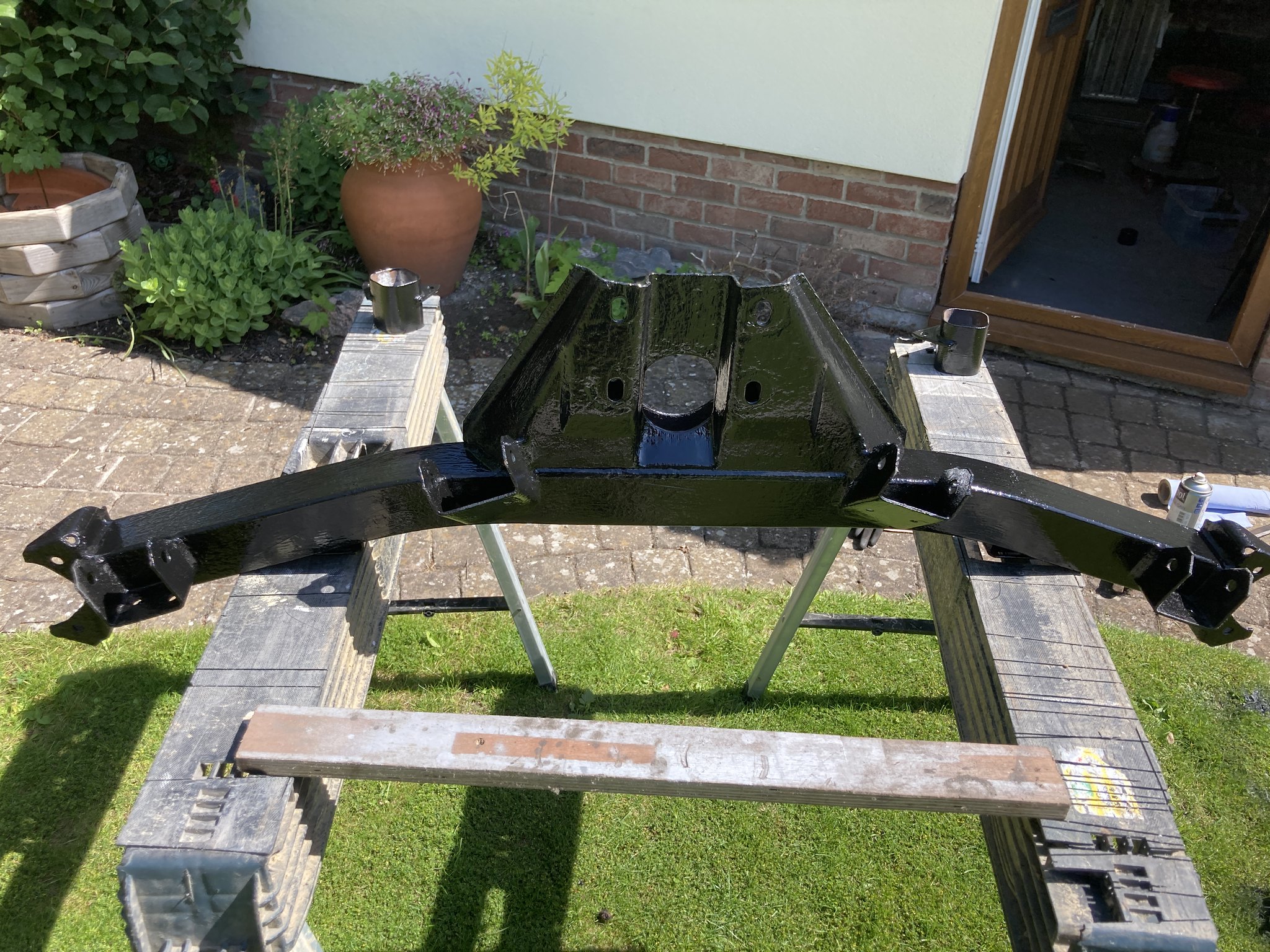 Amazing to see how you do this…. Great work, deep respect and compliments!

Thanks Walter, it’s by no means perfect but not bad considering I never done anything like this before.
When I bought the car I didn’t even know how to weld!!!
You can't polish a turd.... but you can roll it in glitter!!!!
Top

I think you did a great job, well done!!!

bealo wrote: ↑Tue Sep 20, 2022 3:23 pm Thanks Walter, it’s by no means perfect but not bad considering I never done anything like this before.
When I bought the car I didn’t even know how to weld!!!

bealo wrote: ↑Tue Sep 20, 2022 3:23 pm Thanks Walter, it’s by no means perfect but not bad considering I never done anything like this before.
When I bought the car I didn’t even know how to weld!!!

I was just about to say there’s an exact similar story to be found on this forum.

As your pics show clearly, you"ll get there!! Doing an amazing job!
It's the man next door!

I got back in the garage late July to start cleaning up the inside of the car and giving it 2 coats of high build primer and seam sealer.
Unsure how I'm going to finish the inside yet but I think probably base coat and clear coat in my chosen colour.
Its amazing what high build primer can hide!!! 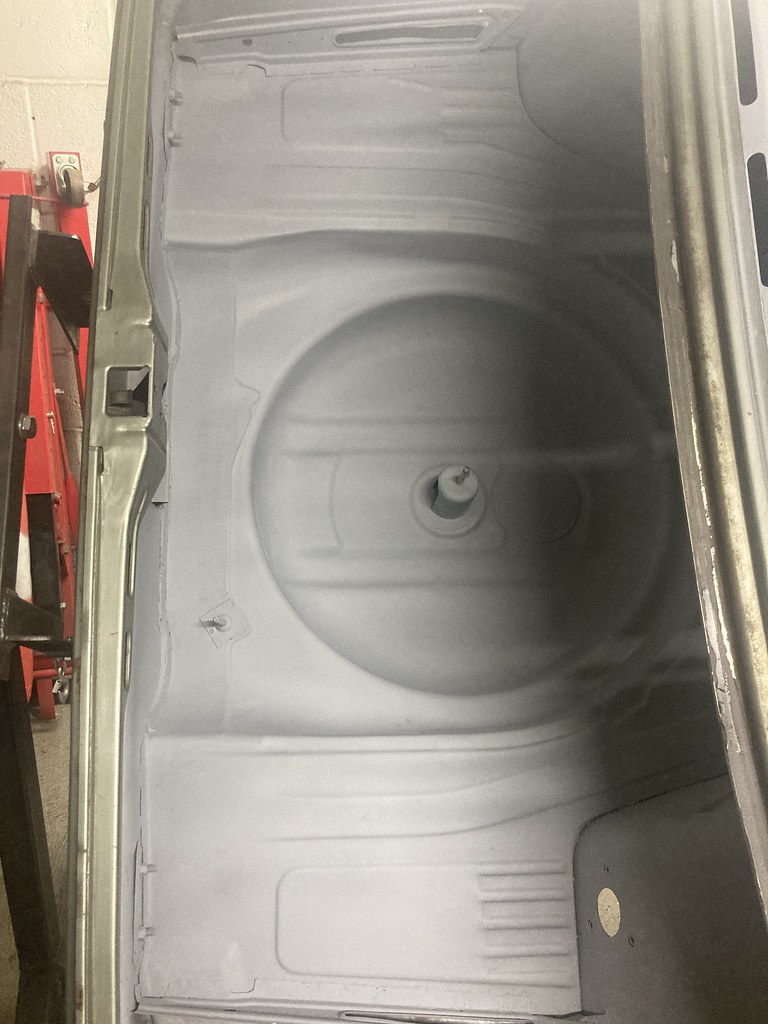 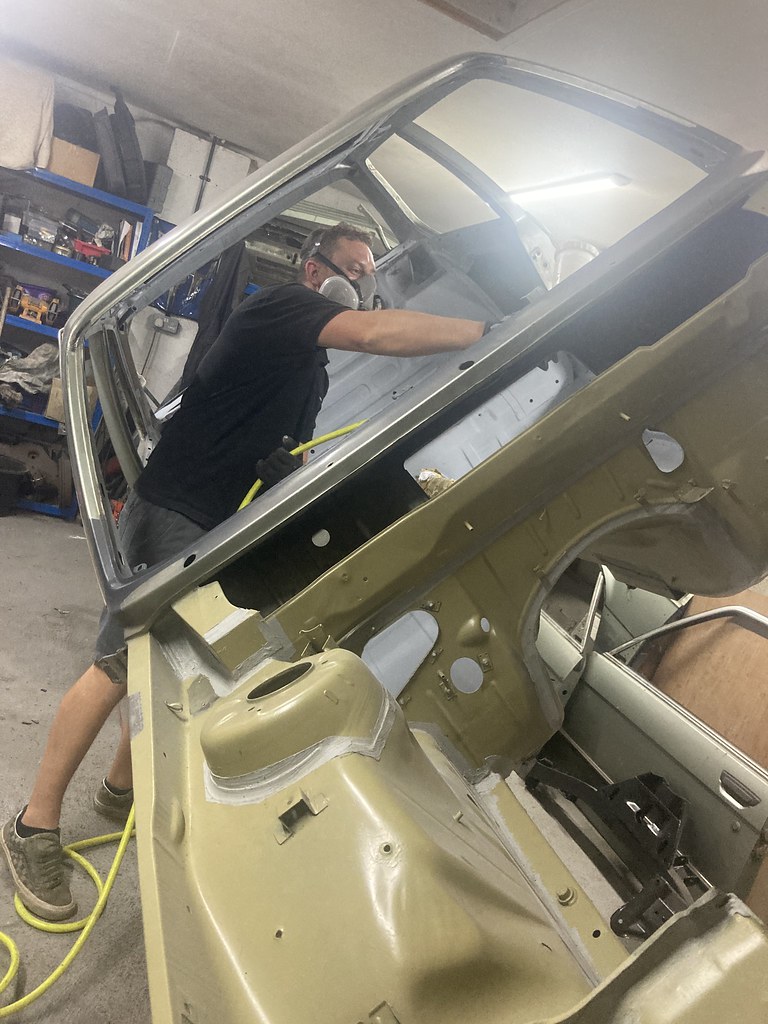 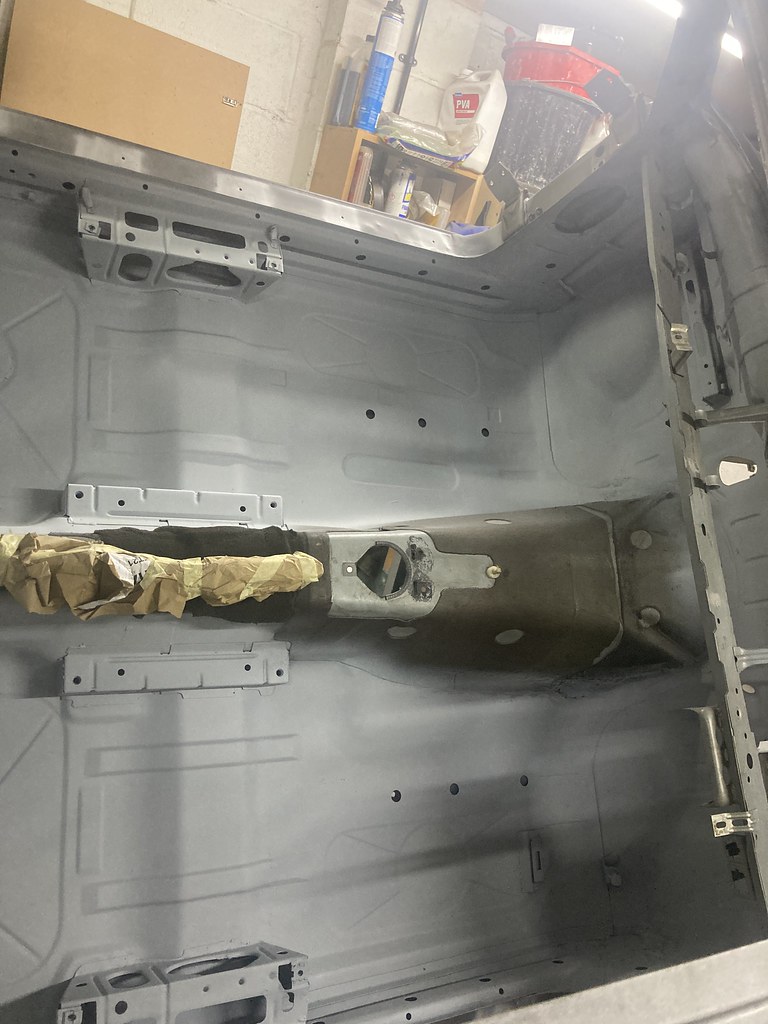